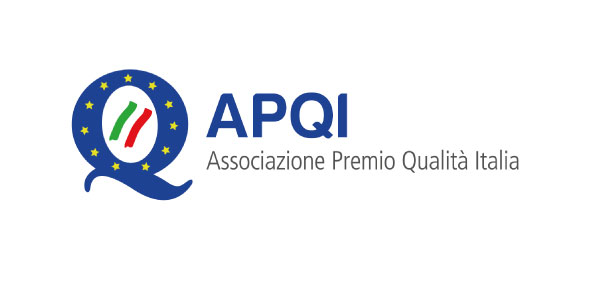 Associazione Premio Qualità Italia (APQI) – Italian Quality Award Association was established in 1996 and promoted by
Confindustria, University Consortium in Engineering for Quality and Innovation (Quinn) and
Italian Quality Culture Association (AICQ). Other members joined the Association later
APQI is cultural and non-profit Association aiming to promote, in collaboration with public and private bodies,
the quality and competitiveness of the Italian Country System. APQI develop and disseminates methods, models and tools for evaluating and improving public and private organisations, with particular reference to the organisation and management of Awards based on the EFQM Model for Excellence.
APQI worked in the first years of its life to promote the competitiveness of Italian SMEs and, to this target, in 1997 the Italian Quality Award, based on the EFQM Model, was launched.
The mission towards sustainable development and support for the excellence of the Country System has led APQI to extend its commitment also in the Public Sector. A significant turning point in this direction was made in 2003 with APQI’s commitment to the Veneto School Quality Award, the National School Quality Award and the National Public Administration Quality Award.
In 2007 APQI promoted the development of the Innovation Framework and in 2008, the Enterprise Innovation
Award (Premio Imprese per l’Innovazione) was promoted by Confindustria in partnership with APQI, which manages the evaluation process of the Award and is now at 11th edition.
In 2011, APQI developed the Safety Framework – a Total Safety Management Model – based on the EFQM Model. Subsequently, Confindustria, Inail Accredia and APQI developed the Safety Model.
The Enterprise Safety Award (Premio Imprese per la Sicurezza) was launched in 2012 by Confindustria in collaboration with Inail, with the technical support of APQI and Accredia and whose evaluation process is managed by APQI itself.
In its 22 years of activity, APQI has promoted and/or managed 37 national and territorial Awards and has developed a series of initiatives and projects in support of Confindustria and its associative and operational structures, the Italian Museums and the Public Administration.